The Family of Man
WE ARE OPEN ON WEDNESDAY 23 JUNE!
The Bitter Years

The Bitter Years is the last exhibition famous photographer Edward Steichen curated as the Director of the Photography Department of the Museum of Modern Art (MoMA) in New York.

Designed in 1962, it is a testimony to documentary photography, featuring over 200 images from one of the largest collective projects in the history of photography: the documentation of rural America during the Great Depression by the Farm Security Administration (FSA) between 1935 and 1944. The historical collection brings together masterpieces by world-famous photographers such as Walker Evans, Dorothea Lange, Arthur Rothstein and Jack Delano.

Between 2012 and 2020, the collection The Bitter Years was on show in Dudelange, Luxembourg, on the site of a former steel mill, in the stunning Waassertuerm gallery, an old water tower, next to the Centre national de l'audiovisuel (CNA). In December 2020, the exhibition closed its doors to the public to make room for new projects. The Bitter Years collection was brought back to the archives where it is now analyzed and appraised in preparation of new adventures. Documentation of America in crisis by the photography section of the FSA, led by Roy E. Stryker. Edward Steichen discovers the FSA photographs during the First International Photographic Exhibition at the Grand Central Palace in New York. The impact left by the images leads him to present a selection in the US Camera Annual in 1939 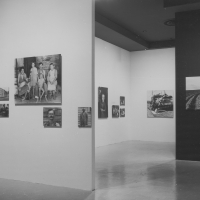 Travelling exhibition with shows in the United States and Europe 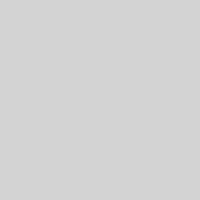 Incorporation of the collection into the photography archives of the CNA

Initial restoration of the historical photographs by Silvia Berselli Restoration of the historical photographs by Sandra Petrillo Rotation of images from the collection and new display The FSA - a historic undertaking

Within the Farm Security Administration, a historical section is documenting the appalling situation in rural America with the help of a group of photographers. This documentary mission is headed by Roy Stryker, an economist from Columbia University in New York. He works with a talented team of photographers that travel the breadth and width of their country, documenting the rural exodus and the fate of migrant workers in California as well as the daily life in remote parts of the US or monuments and road signs. Famous authors as Dorothea Lange, Walker Evans, Ben Shahn, Russell Lee or Arthur Rothstein are part of the FSA mission.

Over eight years, from 1935 to 1943, the group produces over 250.000 negatives and prints that become emblematic for the Great Depression in the United States. As a whole, the FSA file constitutes a compelling image collection which has marked the collective visual memory of the Great Depression.

The FSA file is unique in the history of photography: not only is it the first time that photography is used in such a systematic way to establish an inventory of a situation, but this "great visual encyclopedia of America" is also the largest collective photographic project undertaken by a government administration.

Edward Steichen discovers the Farm Security Administration images in 1938 at the First International Photographic Exhibition in New York's Grand Central Palace. He is fascinated by these images and their capacity to tell a story and trigger emotions. He presents a first selection of the FSA photographs in the prestigious publication US Camera Annual in 1939. He also includes comments from visitors at the 1938 exhibition whose opinions widely differ as they discern communist propaganda as well a shattering account of reality.

For Steichen they are "the most remarkable human documents ever rendered in images". They will stay with him for the rest of his career. They will be the focus of his last exhibition at the Museum of Modern Art in 1962.

For The Bitter Years, Edward Steichen selects some of the most iconic but also the most desperate images from the FSA file, corresponding to the initial goal of the mission: to document and illustrate poverty in order to trigger compassion for the represented subjects, the future beneficiaries of the government programs established by Franklin Roosevelt. At the same time, Steichen depicts courageous, even heroic people through a dramatic scenography.

The original prints from the exhibition present a similar materiality to those of The Family of Man: black & white prints glued onto wooden panels of various sizes. With the integration of the collection into the CNA-archive, all the prints have been meticulously restored by the experts Silvia Berselli, then Sandra Petrillo.

Delicate objects, rendered fragile by time and the strains of travel, the conservators were able to restore the picture’s original luster while preserving the traces of their history. They are stored in archival boxes in the controlled environment of the CNA archive.

Since it closed to the public in December 2020, the historical collection has been analyzed and appraised by expert Francesca Vantellini. After the completion of this survey, the prints will be stored in the CNA archives awaiting further adventures.